The optimal force needed to move anteriors is not the same as the optimal force needed to move molars. If a force is designed to move anteriors, it is too light to move molars. If a force is great enough to move molars, the force is too strong – traumatically strong – for anteriors. BioForce is the premier super elastic, body heat-activated wire that starts with low, gentle forces for the anteriors, and then automatically increases in force to the posterior, where it plateaus in the molar region. With BioForce you have an edgewise, early treatment archwire that will torque, level, and align simultaneously. Plus the IONGUARD process dramatically reduces friction and breakage.

Other wires offer one force at a time, requiring at least two or three wire changes to achieve the desired movement. BioForce begins at approximately 80 grams of force at the anteriors, and gradually increases to approximately 300 grams of force in the molars. Each tooth receives the optimal biological force – not too much and not too little. BioForce has in one wire the optimal forces necessary to move specific teeth. You achieve desired movement with just one wire and without causing trauma to your patient. • 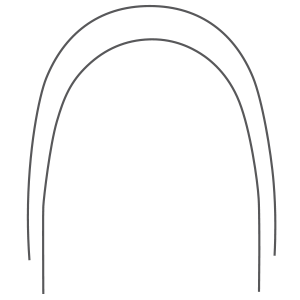 FREE Shipping on orders over $100 Dismiss